Unfortunately, the tour you tried to book is at capacity.

Only one coupon code can be used at one time. Confirming this code will overwrite the discount already applied

Who Invented Sparkling Wine? How England Paved the Way

Popular belief would have you think that sparkling wine was invented in France by French Benedictine monk, Dom Pérignon, back in the 17th century. Champagne producers proudly tout this claim to the authenticity and prestigious heritage of their craft, but research has revealed that it was, in fact, an Englishman who cracked the sparkling wine code.

So who invented sparkling wine? A scientist from Gloucester named Christopher Merret actually got there first, nearly 30 years before Dom Pérignon. But the full history of sparkling wine’s discovery and production is a varied and interesting one. 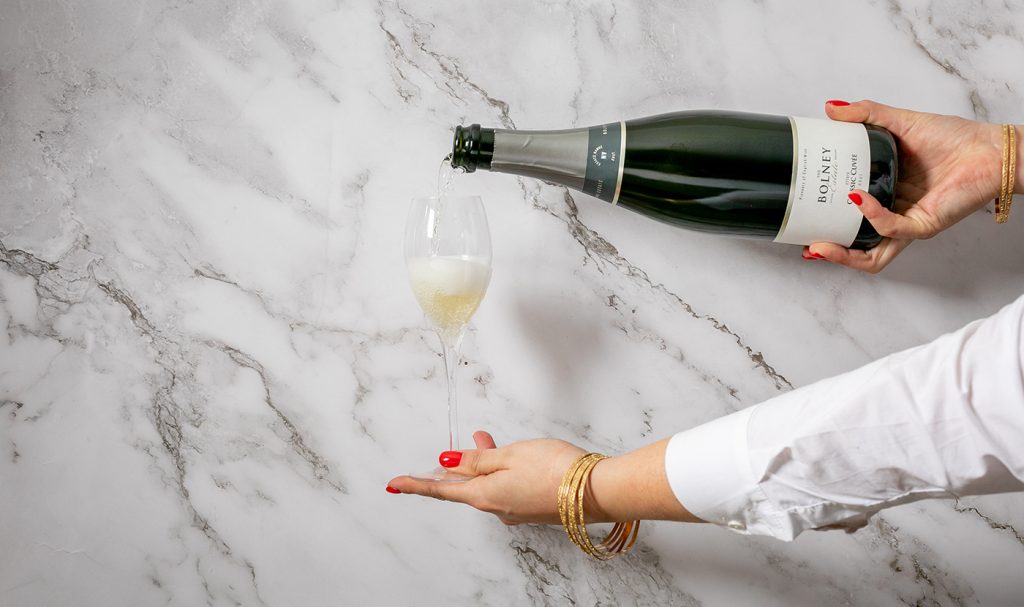 Before deliberate sparkling wine production in the late 1600s (and its intensification in the 18th century), bubbles and fizz were actually seen as a fault in wine. Still wine produced in the Champagne region of France was even disdained for having a tendency to lightly sparkle.

In fact, Dom Pérignon was told by superiors to remove bubbles that were sometimes found in the bottles they were producing at the Abbey of Hautvillers as it was causing many to burst in the cellar.

It was actually the British who first took a vested interest in what made the sparkle of sparkling wine.

Still wine would be imported from Champagne in France in barrels. Cold winters in this region meant that the wine would temporarily stop fermenting, meaning sugar and dormant yeast were left. The wine would then be shipped to England where it was bottled and the fermentation process would kick-start again in the warmer temperatures. Pressure would begin to build inside the bottle from the carbon dioxide gas created in the fermentation and the wine would come out bubbly.

It was English scientist Christopher Merret who first properly investigated this and then recorded his findings.

Where Was Sparkling Wine Invented?

Contrary to popular belief, sparkling wine was invented in England. Or, more appropriately, was first properly discovered and then deliberately produced by English cider and winemakers. In 1662, Dr Christopher Merret presented an eight-page document to the newly formed Royal Society detailing the recipe for bottle-fermented sparkling wine.

The paper detailed the experiments made by cider makers, who had added sugar to dry cider before bottling it, leading to a second fermentation that made sparkling cider. Merret was even the first recorded person to use the term “sparkling wine” as well as being the first to describe the purposeful addition of sugar to wine to make it sparkling.

Not only that, but Merret was innovative in making the bottles that carried the sparkling wine as a glassmaker, too. He helped to invent a bottle that was hard enough to withstand the pressure of sparkling wine by using coal instead of charcoal in the glass furnace. The coal created hotter temperatures which in turn made stronger glass.

So, where does the belief that sparkling wine was invented in France come from? This is where the story gets more interesting.

Wine experts, like Tom Stevenson (one author of Christie’s World Encyclopaedia of Champagne and Sparkling Wine), now believe that the French actually sent spies to England to investigate Merret and his methods. Reputedly, these spies copied Merret’s recorded formula and brought it to France. Indeed, the term “vin Mousseux,” which is the French equivalent of the term “sparkling wine,” only has its first documented mention in 1718, many years after Merret’s paper.

It is true, though, that we know the first recorded investigation, and subsequent purposeful production of sparkling wine was made in England.

Who Was Dom Pérignon?

So, how does a French Benedictine monk by the name of Dom Pérignon come into this all?

Until fairly recently, Dom Pérignon was believed to be the inventor of sparkling wine. The story goes that in 1697, he tasted some wine that had been unintentionally re-fermented in its bottle and was delighted to find the (surprising) sparkling result.

He then continued experimenting until he got wine to ferment in the bottle without explosions. And voilà, Champagne was the result.

Are Champagne and Sparkling Wine the Same?

Champagne is a sparkling wine in this category, as there are noticeable levels of carbon dioxide which cause the bubbles and fizz. However, only sparkling wine made in the Champagne region of France in the traditional method (or méthode champenoise) can legally be called Champagne. Learn all about this in our comprehensive guide to Champagne.

Dom Pérignon is associated with Champagne specifically, whereas general sparkling wine appears to have been discovered and categorised by Christopher Merret, as explained above.

How Is Sparkling Wine Made?

There are actually a variety of sparkling wine manufacturing methods, but the one associated with its invention is the so-called traditional method. This involves the secondary fermentation in the bottle that English cider makers discovered in the 17th century.

All wine is fermented once to allow the alcohol to develop. With sparkling wine made in the traditional method, the wine is fermented again in the bottle after yeast, yeast nutrients, and sugar have been added. The deposits that the dead yeast cells produce are called “lees”. The wine will be aged on these lees for a few years, allowing for the development of aromas, flavours and textures.

The lees are then removed and the bottle is filled in and corked. This method of producing sparkling wine is revered as one of the finest methods, partly due to its long history. It creates quality sparkling wines that are enjoyed by discerning wine drinkers the world over. 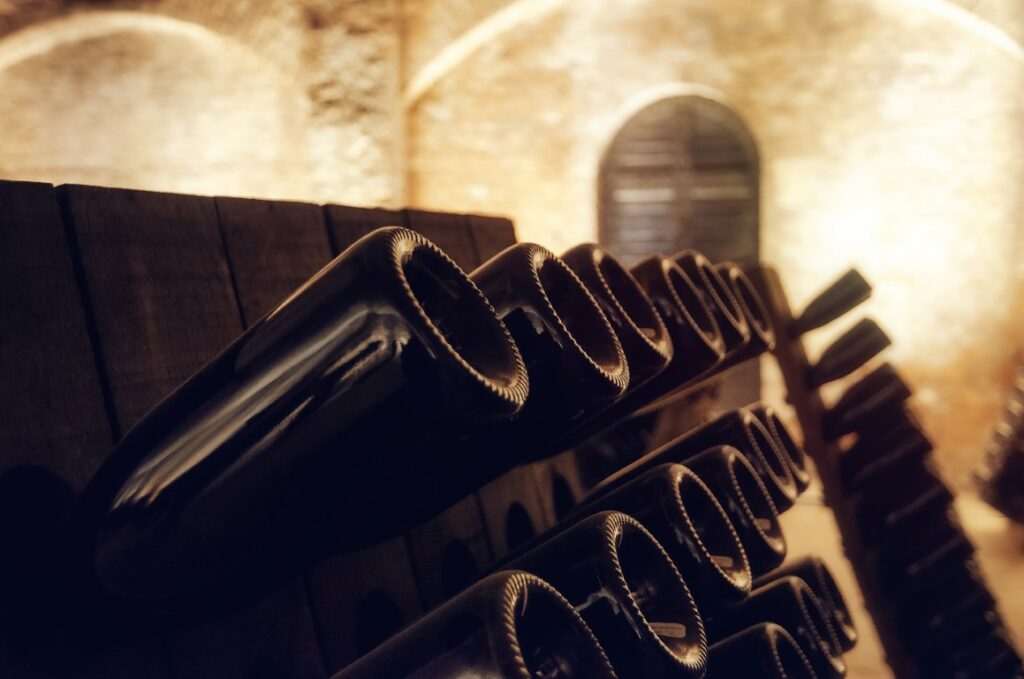 Quality English Sparkling Wines Made in the Traditional Method

Our impressive portfolio of white, red and rosé sparkling wines has even been recognised with a variety of prestigious industry awards. If you want to taste centuries of fine sparkling wine history in one glass, mixed with a little modern innovation, our range will give you just that.

The History of Sparkling Wine at a Glance