Unfortunately, the tour you tried to book is at capacity.

Only one coupon code can be used at one time. Confirming this code will overwrite the discount already applied

It is with great sadness that we announce Rodney Pratt, co-founder of Bolney Wine Estate, passed away on Saturday 12th June 2021.

Rodney and his wife Janet were true pioneers of the industry, founding Bolney Wine Estate back in 1972 – almost 50 years ago – planting what was then one of the earlier commercial vineyards in the UK.

When he was young, Rodney loved his studies and always had a passion for learning and exploring new things. This love took him to Germany for a Chemistry and Engineering placement at Gutenberg University, in Mainz. Whilst he was studying, another interest began, one that would lay the foundations and set the path for his future. He spent most of his time there in the vineyards of Louis Guntrum learning about the difference between the everyday wines and good German wines.  It was from this discovery (and Janet’s love of the land) that Rodney and Janet first realised their dream. That passion and faith sparked off a journey that has now spanned three generations of the family.

Their daughter Sam caught the wine bug from her parents in the nineties and worked hard with support from Janet, Rodney and her brother Mark to take the vineyard to the next level and establish it as a well-known brand, one that would go on to win awards and hearts on the international stage. The family was devastated to lose Janet in 2005 and wished, alongside Rodney, that she could have seen how Bolney continued to grow over the next couple of decades.

Rodney carried on in his later role as company president and was proud of his daughter and of all the staff at Bolney that worked so hard to continue what he saw as his and Janet’s legacy.

He will be sorely missed by all and we are now taking the time to reflect on both founders and the amazing risk they took in creating a business that has given so many people so much joy. 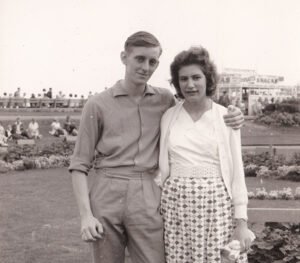 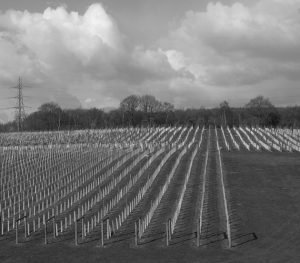